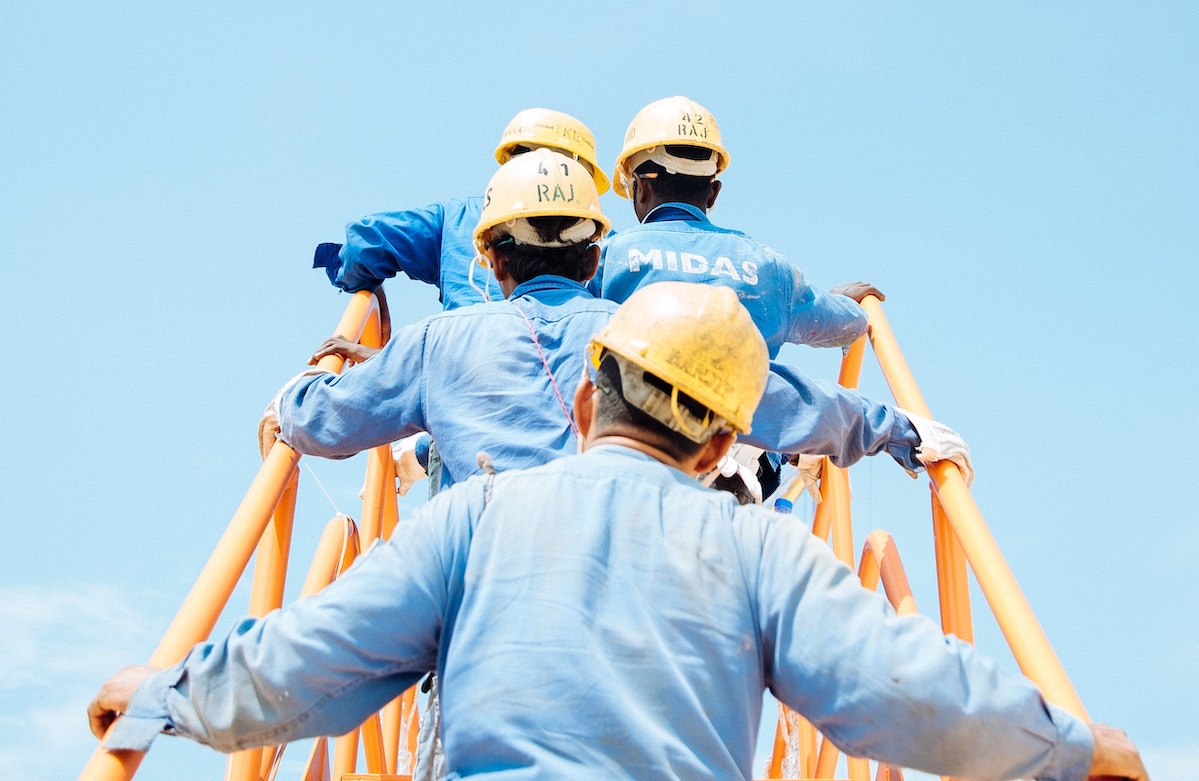 When you work any job, unless you’re a volunteer, you expect to be paid a fair wage. However, businesses are sometimes more concerned with turning a profit than they are with giving you the pay you deserve. Your employer might be underpaying you. More specifically, you may experience wage theft or overtime pay issues.

I’m Aimee the Attorney, and I’m here with answers to your legal questions. To help you understand wage theft, overtime pay, and your rights under the Fair Labor Standards Act, I interviewed Eric Dirks, an employment lawyer who specializes in these types of cases.

Fortunately, the law offers a remedy when you’re not being paid appropriately. FLSA rules apply not only to minimum wage workers but also to certain people who receive a large salary. And, whether you’re an employee or a contractor, you might be entitled to more than you are receiving for your work. Eric shared information about the kinds of issues involved and how wage theft and overtime cases typically go.

One thing Eric mentioned was that people don’t always know exactly what’s happening. Wage theft and overtime pay aren’t always obvious. Many people come to Eric with only a general sense that something isn’t right in the way they’re being compensated. If you don’t know the laws surrounding fair pay, Eric can still help you identify the problems in how you’re being paid and help you find solutions. However, if you know your rights, it’s easier to seek the help you need to resolve the issues.

In recent years, more people are doing work as independent contractors. Eric said that in many cases, these people should be classified as W-2 employees. His example was over-the-road truckers. Often, they start out working for a large trucking company. Then, the company decides that they can save money by calling these truckers independent contractors. They offer them a higher rate per mile and lure them in by telling them that now they can be their own boss.

Once the company has classified them that way, the trucker now has to take care of their own insurance, truck lease, fuel, and truck repairs. After the individual deducts all their expenses, they may not even be making minimum wage. In fact, Eric said that there may be months when they literally make zero dollars in a month after expenses.

The legal issue with this scenario is that the trucker, in the eyes of the law, should never have been classified as an independent contractor. Instead, they should have been compensated as a W-2 employee. The legal case would hinge on showing that the company is really the employer. The court would consider factors like:

Another example is with Uber and Lyft drivers. Cases of people working on the gig economy are becoming more and more common. The company says they are not an employee but the facts might not always bear that out. If you are working full time and getting all your income from one company, you might be more appropriately classified as a W-2 employee.

Eric says the results of these cases have been mixed, and that’s partly because the company may require you to sign an arbitration agreement that prevents you from taking part in a class action lawsuit. Also, if you’re working very part-time, you might be properly classified as an independent contractor.

If you’ve worked overtime in a job, you’ve likely noticed the FLSA overtime on your check. That is, by law, the employer must pay you time-and-a-half when you work more than 40 hours a week. Whether you qualify for FLSA overtime depends on whether you’re exempt or nonexempt. If you’re an exempt employee, it means that you’re exempt from overtime. So, in that instance, your employer doesn’t have to pay you overtime. Nonexempt means that they do have to pay you overtime.

Overtime Pay for Salaried Employees: Who Is Exempt?

Salaried workers can be eligible for overtime pay in many cases. Eric said that many of the people he sees don’t know that they are entitled to overtime pay. They assume that they don’t qualify because they’ve made a deal with their boss not to be paid extra for overtime. However, that isn’t always true. Unless they’re exempt from overtime pay, they must be paid.

So, how do you know if you’re exempt as a salaried worker? Your status would be determined by one of the FSLA exempt tests. One is the professional exemption. If you’re a doctor, lawyer, teacher, or a member of another profession, you’re exempt from receiving overtime pay. Outside sales, where you work outside the office doing deals or knocking on doors, is another exempt position.

There are also executive exemptions. One of the tests for that is whether you manage two or more workers. Other examples of people who might be exempt from overtime include: I.T. workers, agricultural workers, firefighters, and police officers.

Often, especially in retail, workers are misclassified as managers even though they have very few managerial duties. Their employer may be treating them as if they’re exempt when by all rights, they are actually nonexempt.

Eric said that the first thing he needs to do in these cases is to determine if you’re exempt from overtime or not. That can be a gray area, especially in a new industry like computers. In any case, the lawyer will help you find out whether you’re exempt or not.

Minimum wage laws are different for waiters and waitresses. These workers can be paid at a reduced minimum wage. However, there are times when they need to be paid the standard minimum wage. Eric’s example was about side work. If you’ve ever worked as a server, you’ve probably been required to do side work like cleaning and various types of prep work. If you’re only doing this for a short time, the employer is still allowed to pay you that lower minimum wage.

However, the rule is that if you spend more than 20% of your shift doing something other than serving, the employer is required to pay you full minimum wage for that time. This is true no matter how much you make in tips during the time you are serving.

When you seek legal help for this problem, you don’t need to bring in a lot of documentation. The lawyer can get the information needed. In the case of waiters and waitresses, the point of sale records usually show what you’re doing during that time. If you don’t have any tables for a couple of hours, you were probably spending that time doing side work. At that point, employers need to pay the full minimum wage.

If you are not being fairly compensated for your work by FLSA rules, you may bring a wage theft case. Eric explained how these cases work.

These cases begin with a meeting with the lawyer. The client comes with their pay stubs, an employee handbook, or other relevant documents that they have. Your testimony is the most important thing you can bring. During the meeting, you talk with the attorney about your options. You talk about whether you have a case. You may also discuss whether this case could be a class action lawsuit. You discuss the types of claims involved. Your attorney will probably ask you how comfortable you are with pursuing the case.

At that point, if you decide to move forward, the lawyer files the case. They make a complaint in federal court or a petition in state court. After the case is filed, you typically have to wait a long time for the case to be resolved. Eric said that these cases typically take at least a year, and as much as five or six years. While you wait, the lawyer is doing paperwork, filing briefs, and arguing with opposing lawyers.

The other side in the case usually wants to take a deposition. This means the employer’s lawyer interviews you, asking questions about how long you’ve worked with the company, what hours you worked, what you did at that job, and other relevant questions.

Eric said that the depositions in these cases are very factual. There won’t be intense moments. In fact, most of his clients come out of the depositions saying that it was much easier than they expected. Deposition doesn’t happen in a court or with a jury. Instead, it usually happens in a conference room in the lawyer’s office. The lawyer is there to protect you, the other side’s lawyer is there, and the court reporter is there. Eric also mentioned that he prepares his clients for the deposition by explaining to them what a deposition is, what to expect, and what is the right way to answer questions.

However, he did tell us about a case that went to trial. This was a case that his client Adeline Garcia brought against Tyson meat packing plant. Garcia and other employees thought they weren’t being paid fairly, but they weren’t sure what was wrong.

The lawyers discovered that the employees were required to spend 15 to 30 minutes changing clothes and putting on protective gear without being paid for all that time. Because of a previous lawsuit, they were being paid for four minutes. Experts on both sides went to the plant or analyzed data to determine how long it was taking for the workers to complete this task and get to their position on the line.

No settlement agreement happened, so this case went to trial. The case was heard in the Federal District Court in Kansas and a plaintiff’s verdict was made. After that, there were an additional two years of appeals. Eric said that this case was rare in that it much longer to resolve than usual. In this instance, it was filed in 2006 and wasn’t fully resolved until 2012.

If you’re concerned that your employer isn’t respecting your worker’s rights, you can seek help from an employment attorney. You don’t have to go it alone. Your lawyer will guide you through the process and actually do much of the work involved. In the meantime, it’s important to know your rights so that you can get the wage that’s fair for your situation.