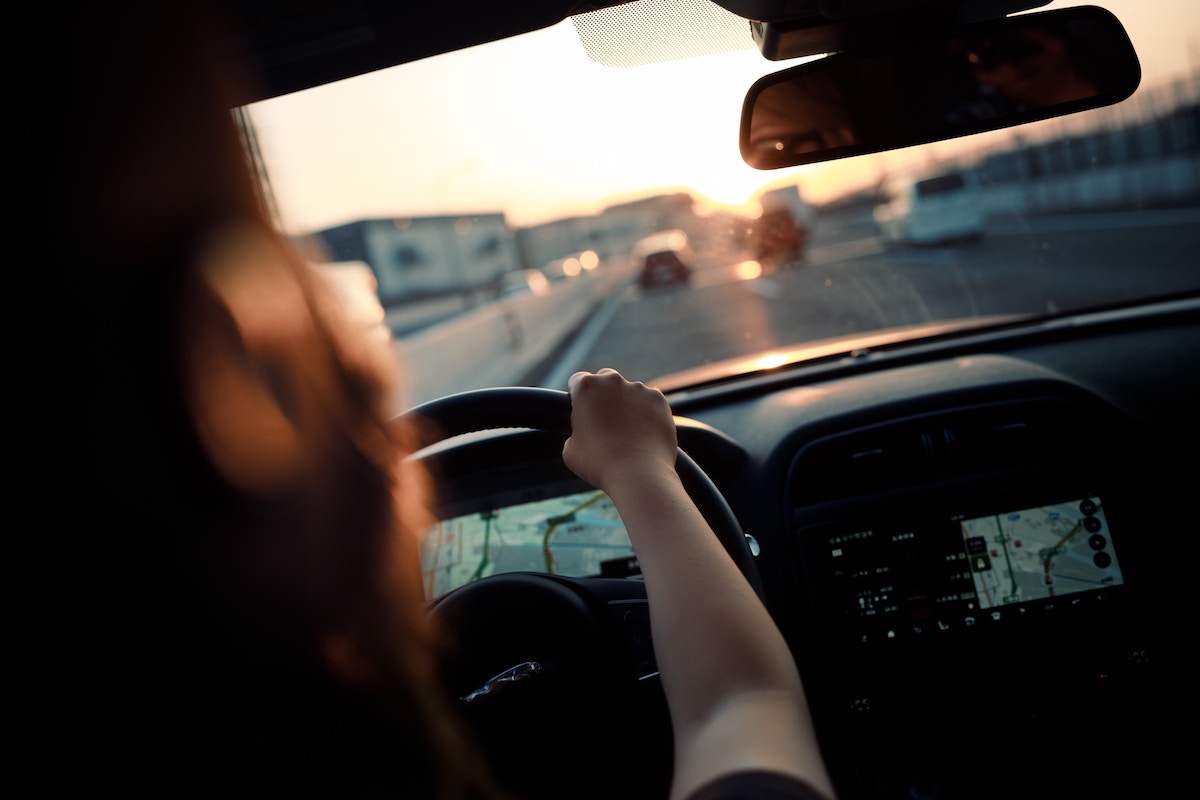 I’m Aimee the Attorney, here to answer your legal questions. I recently interviewed Jarrett Johnson, an excellent car accident attorney. Jarrett explained why you need a lawyer if your injured in a car accident, as well as what to do on the scene of the wreck and afterwards. He also described the process of filing a claim and gave some examples of what to expect.

Should I Get a Car Accident Lawyer?

The first question you might have is when to get an attorney for a car accident. Jarrett's answer to that was that you should get an attorney immediately unless it’s a very minor accident. The reason is that the claims adjustor or investigator will be asking for a recorded statement from you right away. Their goal is to minimize the amount of money they have to pay you.

You Should Get an Attorney Immediately Unless It’s a Very Minor Accident.

They may ask you leading questions that sound harmless, but your answers might cause you problems later on. You’ll likely know immediately or by the next morning if you’ve been injured. If you haven’t been injured and it’s only property damage, you probably don’t need a car accident attorney. If you have been injured, though, you need someone to be with you, guide you, and advocate for you through the process.

One thing to remember is that even if you’ve already talked to a claims adjustor, you can still talk to a lawyer. You may still be able to get a settlement. The interview you had with the adjustor probably went very quickly, and they might have missed something. So, it makes sense to at least have a consultation with a car crash attorney.

What to Do After a Car Accident, A Checklist

First, take a deep breath and give yourself a few minutes to process it and assess the situation. Take photos of the damage from all angles. If you can’t do it, ask someone in your car to do it. Or, you can ask the police officer to use your phone and take photos.

Be Descriptive as You Can About Your Injuries, Be Honest About It

The law enforcement officer at the scene should ask you if you’re okay. Be as descriptive as possible. If you don’t need an ambulance, tell them that you don’t know yet. Be honest. Too many people try to play the hero when they are injured in a car accident. Or, they’re worried about the inconvenience and cost of medical care.

Get All Info You Can from the Driver

Now, get all the information you can from the other driver. Get photos of:

Again, if you can’t do it yourself, have someone do it for you. Then, get their contact information and their insurance information.

What If I Didn’t Do Any of Those Things

So, what if you don’t or can’t follow that checklist? Does that mean a car crash lawyer can’t help you? After all, that may be the ideal situation, but most situations aren’t ideal.

Jarrett explained that good lawyers can put the pieces of the puzzle together. They notice the missing pieces and think of how to get the information needed. They might get that info from an intersection camera. Or, they might get it from a witness that’s listed on the police report.

After the accident comes the claims process and the personal injury case. I asked Jarrett to take us through that process from A to Z, starting from the accident through the settlement.

Take Care of Yourself First

Your most important job is to take care of yourself. See a doctor. If the doctor refers you to a specialist like a neurologist or an orthopedist, go to those appointments, too, and follow their instructions. Your doctor may not help you, or you may feel that you need special care. If so, demand that you see the specialist you need. If you don’t have insurance, talk to your lawyer. They may be able to connect you with a doctor who will see you and get their pay out of the settlement.

Tip: If You Don’t Have Insurance, Talk to Your Lawyer. They May Be Able to Connect You With a Doctor

In terms of the case, the goal of treatment is to achieve maximum medical improvement. Remember that in an emergency room, the goal is simply to save your life. They will usually do the bare minimum. So, be vocal about what’s wrong so you can get the help you need.

Keep a Journal of Your Symptoms

Jarrett recommended that you keep a journal describing how the injuries are affecting you. You don’t have to write in it every day, but do it periodically. What should you write? Make notes about your symptoms. Rate your pain on a 1-10 scale. Write down things you’re having trouble doing, like if you can’t pick up your child, have trouble getting out of bed, or can’t do your job.

After you’re injured in a car accident, there will probably be a lot of bills. The good news for you is that your lawyer will handle them. Your focus needs to be on being your own health advocate with your lawyer’s guidance

Since nothing can be paid before you know what’s wrong and get treatment for it, your first goal is to get the treatment. The lawyer needs to get the medical records and billing records before they’ll know the value of your case. In the meantime, they can be your go-between with your creditors so that they don’t harass you for money or impact your credit rating. You need to get to maximum medical improvement before the case is valued.

Lawyer Submits a Demand to the Insurance Company

Once the lawyer has a basic understanding of what’s wrong with you, what expenses you’ve incurred, and how it’s impacted your life, they submit a demand for the insurance money. The amount is partly based on the at-fault driver’s policy limits. If their limits are low, it’s easy to decide to just demand the policy’s limits.

Another factor is whether the fault is totally theirs or if you share some percentage of the fault. If the lawyer senses that the claims adjuster will be uncooperative, they would typically just go ahead and file a lawsuit. If this happens, you should be notified by your attorney.

After the suit is filed, the insurance company’s lawyers will likely have many questions that will have to be answered under oath. Before you make your court appearance, the car accident lawyer should prepare you. They might remind you that no one knows what’s going on with you better than you do. They want to boost your confidence and give you an idea of what to expect to happen in court, and especially during cross-examination.

How Much to Expect from a Car Accident Settlement?

Knowing how much to expect from a settlement isn’t easy. The worth of the case depends on many factors, including pain and suffering. If there are no insurance policy limitations, what can you expect?

It’s a Good Idea to Not Count on Any Certain Amount of Money Until It’s Awarded.

The truth is that you aren’t going to know right away. Jarrett tells his clients that “a case is either worth what a claims adjustor will pay or a jury will award.” A car crash lawyer who tells you immediately how much you will receive is getting your hopes up before they even know what will happen in court. The jury makes a big difference, since juries now know more than they used to. They have all the facts about how insurance works and understand that amounts of medical bills are misleading. With all these factors at play, it’s a good idea to not count on any certain amount of money until it’s awarded.

One big part of it is related to your ability to earn a living. Your lawyer may need to call in an economist to determine how it will impact your work life expectancy, comparing what you would have earned in your lifetime and the lower amount you now will earn because of the accident. If it only meant that you missed a few months' work, that’s easy to calculate with just your W-2s.

The emotional impact is the second main thing that’s considered in car accident injury settlement amounts. For example, if your back is injured and you can’t roughhouse with your toddler or you’re a runner and can’t go for a jog, that amounts to a significant emotional impact.

Jarrett told the story of a client who was in an accident and had multiple lacerations on her face. Her medical bills were very limited. However, she has large, noticeable scars on her face, which will be there for the rest of her life. For her, the emotional impact was the biggest part of the lawsuit.

If you’re married in Missouri, another part of the lawsuit may be what is called a “loss of consortium.” That means that your spouse can file a claim if the accident has impacted their relationship with their spouse. Maybe you can’t go on walks together or take vacations together anymore. These are all important impacts that need to be considered when determining the value of the case.

Every case is different, but Jarrett gave us some examples of the more typical cases.

In one case, a woman was a passenger in a car. When the car was rear-ended, her head hit the dashboard. The driver at the scene didn’t have insurance, and her group didn’t have uninsured motorist coverage.

Jarrett went to work quickly. He made some calls and found out that the at-fault driver had gone into the court and shown proof of insurance to have his ticket dismissed. Jarrett got a copy of the insurance card. He then sent notice to that driver’s insurance company that he was now representing the injured person.

Jarrett's client had gone to the ER and gotten treatment. The staples had been taken out, and it seemed to heal up fine. It was covered by her hair, so there was no obvious disfigurement. However, she talked about numbness in her right leg. Jarrett suggested she go to a neurologist and get a nerve conduction test. As it turned out, she had permanent nerve damage because of the way she’d braced herself in the crash. Jarrett was able to settle the case quickly for policy limits of $50,000.

If you’re injured in a car accident, follow Jarrett's checklist while you’re at the scene if you can. Then, it’s important to talk to a car accident lawyer as soon as possible. They can assess your case, guide you through the process, and help you get the settlement you deserve.

Workplace Discrimination – What It Is, and What You Can Do

FLSA and Wage Theft – Your Rights in the Workplace