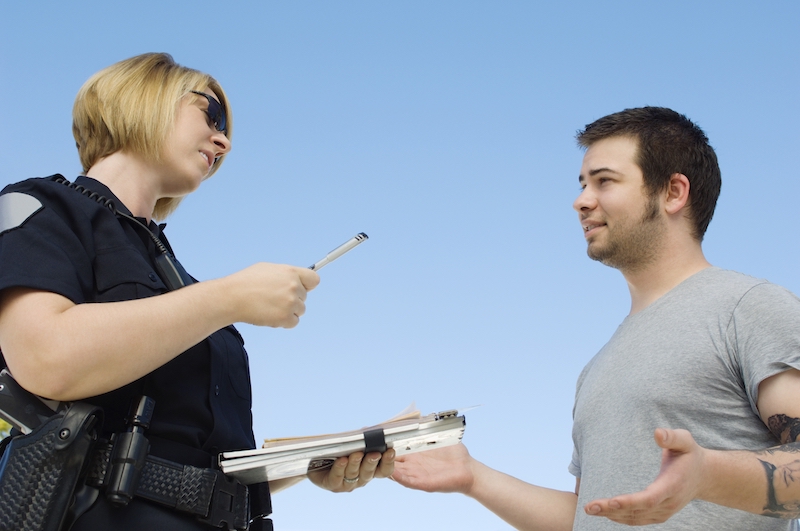 Driving is almost essential to modern life. If you can’t drive, it’s hard to get to work, take care of your family, or even buy groceries without help. For these reasons as well as more frivolous ones, people may decide to drive even if their license is revoked, suspended, or if they’ve never had a license.

Driving without a license can lead to fines, points on your license, and possibly jail time. Here’s how it breaks down in Missouri and Kansas.

You have a license but you don’t have it with you.

Getting caught without your license in your possession can usually be taken care of easily. In most cases, all you have to do is show up at court and show your valid license. Unfortunately, at the time when the officer stops you and you don’t have it with you, they assume you don’t have one at all.

You don’t have a license at all.

There are many reasons for not having a license and still driving – sometimes it is an immigration issue or a economic issue. Certainly not having a license is better than it being suspended or revoked but still a serious issue. Depending on the jurisdiction in Missouri or Kansas, I may be able to get the ticket resolved without points or infractions on your license. Obviously it would be better if you could get a license.

Get Caught Speeding Without a License?

Revoked or Suspended in Kansas

In Kansas, a first offense of driving without a license carries a fine of at least $100 and up to $1,000 and at least five days and up to six months of jail time. The second offense is the same except that 90 days will be tacked onto your license suspension. This last bit is true even if you don’t have a license at all. The court will create a driver’s profile for you, noting the 90-day suspension. Then, you can’t get your first license until after that time. Kansas courts are serious about that five day sentence – it is hard if not impossible to avoid.

Driving without a license in Missouri can cost you a fine of as much as $500 and up to a year in jail for a first offense. The maximum fines go up to $2,000 for a second offense and $10,000 for subsequent offenses. Jail time increases, too, with a second offense carrying a jail term of six months to a year and later offenses carrying up to four years. In Missouri, it is easier to avoid jail sentences – especially if you have your license reinstated (which I can help with).

In Missouri, you’ll also receive points on your suspended license ticket – 12 points and it if you plead guilty, it will automatically suspend your license.

What happens when you are stopped and don’t have a license?

How things go in court depends on many factors. The most important factor is whether you now have a license. If you do have a license, it is more likely that you will avoid the serious 12 point violation and fines, etc. . . An attorney can help navigate this process (including getting your license reinstated).

In addition, the presence of a knowledgeable traffic lawyer (me me me!) can make a major impact on how things go for you in court. Your attorney may be able to get your ticket reduced to a non-moving violation. You may be able to avoid large fines, points on your license, and jail time. If you’re caught speeding without a license in Missouri or Kansas, then, the best thing you can do is to call me.