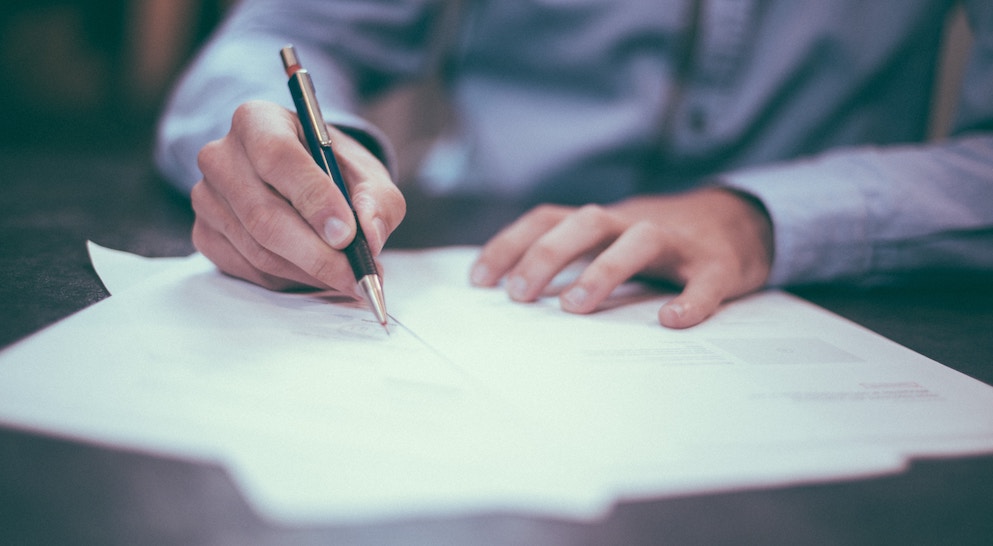 I’m Aimee the Attorney, here with answers to your legal questions. Recently, I interviewed Tracy Spradlin about the subject of criminal expungements. Tracy is a criminal defense lawyer in the Kansas City area. The interview was a deep dive into what expungements are, how they work, and what you have to do to have your criminal record expunged.

To watch the interview with Tracy, see the videos in this story or head straight to my Youtube channel.

Expungement means sealing a criminal record. You go to the circuit court in the jurisdiction where you were convicted and request that they seal or expunge the record. If the court agrees, everything about the incident will be sealed, including the arrest, the charge, the conviction, and any license issues related to the conviction.

The most common reason people want their record expunged is to improve their ability to get a job. They may also need to clean up their driving record.

Expungement seals your criminal record. Everything about your incident will be sealed, including the arrest, the charge, the conviction, and any license issues related to the conviction.

Tracy noted that people often get into trouble when they’re young and then have a criminal record that follows them even after they become responsible, law-abiding adults. Now, they can’t get a job, get grants for school, or get certain licenses. The expungement allows them to put their past in the past.

When your criminal record is expunged, you can appropriately indicate on job or school applications that you do not have a criminal conviction. It won’t show up on a standard background check, either, so the expungement can have a major impact on your employability.

Tracy did mention that there are some exceptions where the old criminal record might come into play. For example, in a nursing job, that information would still be relevant, and you’d be required to disclose it. However, it may help you to mention that it’s been expunged.

In Missouri, expungement is considered a civil action. But in Kansas, it’s included as a continuation of the original criminal case.

When Am I Eligible for Expungement?

You can’t get a criminal record expunged immediately after you’re convicted. The time you have to wait depends on what type of infraction it was.

How Long Do I Have to Wait?

The disposition is when the case was closed. It can happen after your last probation or parole meeting, after you complete community service, or at other times when your file is closed out.

Not all criminal records can be expunged, though. You aren’t eligible for expungement if the offense was a domestic violence charge, forgery, a second or later DWI, or certain other serious crimes.

Who Can See Expunged Records?

When your criminal record is expunged, most people can’t see those records at all. Tracy said, though, that there are some exceptions. For example, if you have a first DWI expunged, the Department of Revenue can still see it and use it in determining the outcome of a subsequent DWI charge.

Law enforcement departments and prosecutors may also be able to see your expunged records. They can use them to decide how to charge you or justify a harsher sentence in current cases.

The general public can’t see expunged records. Your prospective or current employer won’t be able to find out about your past conviction in most cases. Again, one exception would be if you’re applying for a nursing position and that information is required. But it won’t show up on a standard background check.

What Is the Expungement Process?

The process of expungement starts when you hire your attorney. They’ll get the needed information from you first. Your lawyer will need to know:

The next step is to file the request for expungement. Tracy said it usually takes at least a week or two after you first contact the lawyer for them to gather the needed information and file the request.

Once the court has the document, they need to notify any other agencies involved. Then, there’s a mandatory waiting period of 30 days to give those agencies time to respond. The agencies can object to the expungement, let the court know they don’t have the records, or file a reply.

Only after this 30-day period is over can you have a hearing. It would be extremely unusual to have the hearing on the 31st day, because it typically takes longer than that to get your hearing on the schedule. Tracy said the process usually takes at least three months and often as much as four or even six months.

One of your lawyer’s jobs at the hearing is to show that you’ve turned your life around since the time of the conviction. After the court has the information about your conviction and request for expungement, you will testify that the information in the request is true. Then, you’ll have a chance to explain why you are trying to get the expungement.

You’ll be able to tell the court what you’ve done to live a better life. Some things that might help you here is if you’ve held down the same job for many years, have a family now, and what you’ve been doing since you were convicted.

Your attorney also may call character witnesses to attest to your current habits and conduct. The goal is to show that you are no longer the kind of person who would engage in criminal activities.

The court will consider the evidence presented by the state and by your attorney and decide whether your record will be sealed.

What Does Expungement Cost?

The costs for expungement include several components.

The costs begin as your lawyer is preparing your case. If your lawyer does a criminal background check, you have to pay a fee for that. A check by the highway patrol usually costs between $30 and $40. You may need to get a fingerprint card, which might be free or might require a small fee.

Court fees are also a factor. There’s a state fee. For a felony expungement, that’s $250. Then, each court has its own filing fee, which usually ranges from $100 to $175.

Expungements can sometimes be done by certified mail, so there’s the mailing cost. There will also be court costs, which depends largely on the jurisdiction where you’re requesting the expungement.

How much you pay your attorney depends on the amount of work the lawyer needs to do. If they have to go outside of their usual practice area, the travel adds to the cost. Kansas doesn’t always require a court appearance, so the legal fees may be less. If the lawyer doesn’t have to serve the papers, the costs are also less. In your initial consultation with your lawyer, they’ll likely give you a rough estimate of what the total cost will be.

You may also have personal costs, such as transportation and missed time at work.

Only you can decide whether the expungement is worth the cost, effort, and time involved to seal your criminal record. An attorney can give you the information you need to make an informed decision. Then, if you choose to go forward with it, you might be able to put your criminal record behind you in a matter of months.

Life of a Lawyer: Contunuing Education