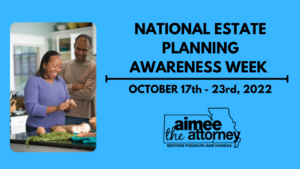 The worst thing imaginable has just happened to Leo, his mother died. He is in the process of grieving and making arrangements for her funeral. Leo has access to his mother’s bank accounts as a co-signer since he was her power of attorney. At the funeral home, when Leo goes to pay for the expenses he finds out that he and his mother made a huge mistake when getting her affairs in order. The bank received the death notice and has frozen his mother’s account, now he doesn’t know how he is going to be able to pay for her funeral.

Leo goes and talks to a lawyer to find out what happened, and he is told that since there wasn’t any documentation saying that his mother’s bank account and its contents were to immediately go to him upon her passing, it now has to go through probate court. What this means is that the government will take possession of the account and pay off any debts that his mother might have owed. Thankfully, she didn’t really have any, so a very minimal amount was taken for that. In Missouri, where Leo lives, after probate court the money goes to the surviving children and grandchildren first. Leo has a brother who also has one daughter, so the left over has to be split between them. Luckily for Leo his brother gives him the money so that he can make sure their mom has a great funeral service. In some cases, if any of the children are estranged from the family, they are still entitled to have a cut of the money left in probate. This is regardless of the wishes of the deceased family member, unless there is a will in place that states otherwise.

In this process, Leo also learns that his mother never wrote a will for any of her belongings. Her only assets were her house and her car, but since there wasn’t a will these items also had to go through probate court. Since these are real estate and property, the rightful owner can be contested. If there is anyone who wants to make a claim that they are the rightful heir to inherit the property they can, which turns into a legal battle that costs more money. Leo and his brother really get along and have no intent to try and undermine the other in the process of settling their mother’s estate. They decide that it is best to just sell both and split the money between them. A lot of people aren’t this lucky and have to fight for what they believe is theirs. This is why it is so important to make sure you have a will in place and that it is written correctly, so that your loved ones don’t have to fight.

After the boys get their mother’s estate settled they are hit with another hard truth, probate is expensive. The average amount paid for probate is around $15,000, thankfully Leo consulted with any attorney who helped him save money. The money spent on probate is out of the estate of his mother, so before Leo and his brother were able to receive the money from selling the house and the car, they had to make sure the money was paid to the probate process.

Leo and his brother are an example of how things can go well in the probate process if you have a lawyer to help guide you through the process. For a lot of people this is not the case. This is why you should always make sure you have a well written will to designate where you want your assets to go upon your death. Probate doesn’t have to be the worst thing to happen to your family, but you should try and avoid it as much as you can by making sure you have the proper documentation. After all is said and done, Leo and his brother were able to make sure their mother had a wonderful service that really highlighted how great she was.

Why Does GenX Need an Estate Plan?

What to Do If You Are Injured in a Car Accident